Internet.org still focused on connecting Africa to the internet 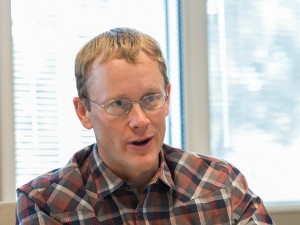 Facebook is celebrating the one-year anniversary of the introduction of the Internet.org app by hosting a Developer Day at iHub in Nairobi, Kenya on 27 July, 2015.

According to the social media giant, over the last year it has worked closely with various mobile operators across 17 countries to give people access to relevant basic internet services without data charges. Today, Internet.org is available to more than a billion people. African countries where Internet.org has been launched include Kenya, South Africa, Tanzania, Senegal, Zambia, Ghana, Angola and Malawi.

Connecting people to the power of the Internet “By providing people with access to free basic services through Internet.org, our goal was to bring more people online and help them discover the value of the internet — and it’s working,” says Chris Daniels, Vice President of Internet.org.

“Internet.org brings new users onto mobile networks on average over 50% faster after launching free basic services, and more than half of the people who come online through Internet.org are paying for data and accessing the internet within the first 30 days. In the past month people using Internet.org accessed health services more than a million times, which speaks to the ultimate goal of Internet.org — helping to make an impact in people’s lives.”

The one year anniversary also marks the start of a new phase for Internet.org free basic services. According to Facebook it has made it easier for any mobile operator to sign up for and turn on Internet.org in new countries through a partner portal that includes technical tools and best practices, improving the process to offer free basic services to the unconnected.

To add to this, the company also announced the Internet.org Platform. According to the company, the platform makes it simple for any developer to create services that integrate with Internet.org.

FbStart is also a new program from Facebook, which has been designed to help early stage mobile start-ups build and grow their apps.

In partnership with Internet.org, FbStart offers a set of benefits specific to social good developers, as well as mentorship opportunities with the Internet.org team. At the Nairobi event, Facebook will show how its FbStart tools and resources will help developers to build, grow and monetise services whether developing for feature phones or smartphones.

Internet.org is a Facebook-led initiative focused on providing affordable internet access to the two thirds of the world’s population that is currently unconnected.

Back in 2014, IT News Africa had an exclusive interview with Chris Daniels, Facebook’s Vice President for Internet.org. Daniels explains in the interview that Facebook’s mission is to make the world more open and connected. Daniels also explains that Internet.org also has a mission, which is connecting the two thirds of the world that don’t have access to the internet.

Daniels also covers how internet.org has impacted Africa as well as the importance of mobile and internet connectivity in Africa. The interview can be found in the video below.

Irokotv Has Overdubbed Its Nollywood Content With French, And Is Calling It Iroko+
February 22, 2016